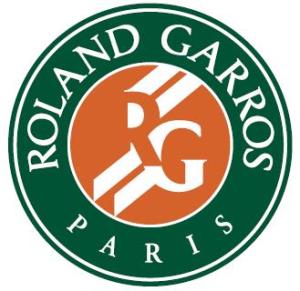 Wow, so I really haven’t kept up with this blog. I’d like to say it’s because I’ve been so busy but really, it’s because nothing happens in the life of someone who is sitting around waiting for a baby to make his grand entrance. I thought for sure that bed rest would provide me with heaps of opportunity to write, and it did, but it did not provide heaps of ideas to write about. I am assuming that my fellow bloggers could care less that I spent a day sorting through my Vogue magazine collection and agonizing over whether to toss anything older than 2008 (I did not – I just can’t bring myself to do it, no matter how silly Andrew thinks it is to keep them). Or that I spent another day rearranging the DVDs into genre. Etc. So no writing for me.

But, in spite of having nothing interesting to say, I find myself really wanting to blog so here we are. The baby isn’t here yet, much to my chagrin. Every week I go to the midwife and every week they say “any day now”. “Any day now” has haunted me since the middle of March and I gotta say, at this point, I remain unconvinced that this child is ever coming out. To be fair, my actual due date isn’t until this Sunday. But come on! There is a mere 6mm of cervix holding this kid in…what’s the hold up? A sunshine and roses motherhood type might tell me that my darling little one is just so pleased with the environment I’ve provided for him that he’s not ready to leave. I know better. He’s procrastinating. He is my fetus, after all. I’ll bet he’s considered coming out earlier but decided against it because let’s face it, it’s hard work. And I’ll bet he’s keeping himself busy by tying the umbilical cord into different knots or practicing swallowing using amniotic fluid, skills he’s probably convinced himself are imperative to existing in the outside world so he better master them before he leaves. Sigh.

The truly frustrating thing for me is that I’m losing my enthusiasm for the whole labour process. For the past couple of weeks, I have been in just the right frame of mind to go into labour. I have been primed for the pain. Full of confidence and raring to go. But over the last couple of days, I’ve lost my ambition. Worse, I’m starting to feel like this isn’t really happening to me…that’s it’s actually happening to someone else. I dislike this out of body sensation. I felt more aware, more connected to this pregnancy a few days ago. Today, the whole thing seems surreal. I suspect that when I actually go into labour, I’ll be brought back to it again. But I liked the prepared mental state I was in before…this one is too wishy-washy. I’ve tried getting back in focus by reading articles or chapters about kidlets, but no luck so far.

Which is where tennis comes in. I really enjoy watching tennis, a habit I picked up when I started dating Andrew – a huge tennis fan – and this last two weeks, I’ve managed to keep my pregnancy/labour/kid-raising troubles at bay by focusing on the French Open. I’ve researched every player and watched almost every match. In the process, I’ve been chatting to The Fetus about tennis, educating him if you will on the finer points of a good tennis match. I choose to think he enjoys this. Unfortunately, Roland Garros ends on Sunday and Wimbledon doesn’t start until the end of June so he really needs to arrive on Monday at the latest. Fingers crossed.